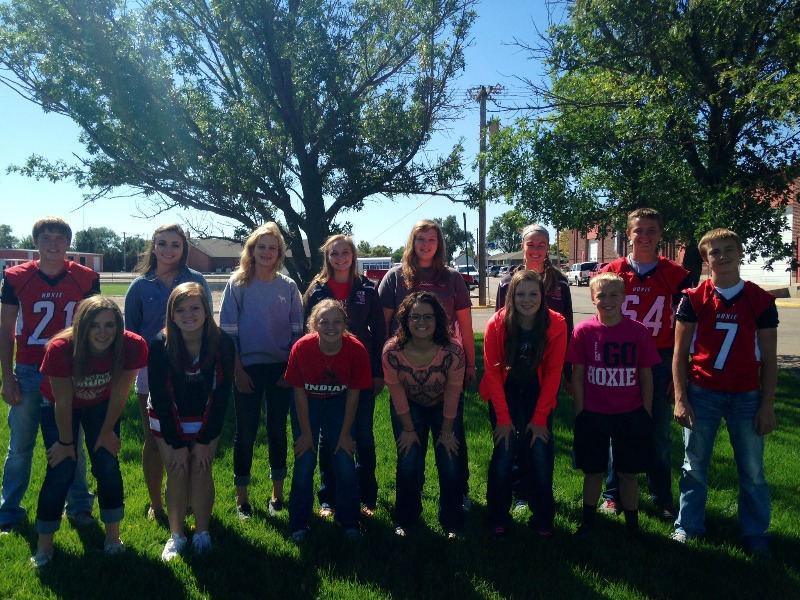 Fourteen individuals from Hoxie FFA traveled to Bird City on Sept. 17 to participate in the district’s land judging CDE (Career Development Event).  At this contest, students evaluate the land and soil to see if it will be a good cropland or if it would be better as a pasture. In some classes, students have to evaluate the land to decide if it would be a good site to build a house on. Seven students competed in the Senior Division and the other seven competed in the Greenhand Division.  Both teams placed and six individuals received medals.