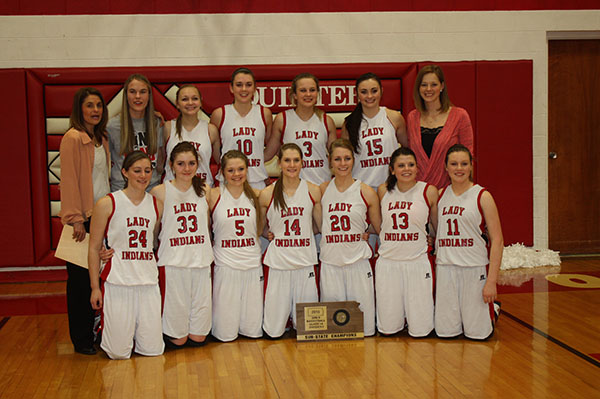 Saturday, March 7, was a historic night for Hoxie High School.  In route to punching their ticket to the state tournament in Emporia, Kansas, the Hoxie Lady Indians broke the consecutive-win streak in Kansas of 91 games.  The Indians started the substate tournament with a win over Victoria 85-28.  In the finals, the ladies defeated Stockton 65-41.  With many former players in attendance, the team was recognized at the end of the game for the 92 win.  The team will begin state play on Wednesday at 3 pm in White Auditorium against La Crosse.